Why do we need crypto-currencies to crowdfund ecological farming?

To reach a global public

And create an enormous grassroots movement for true change.

Cryptos: the money of the next generation

It is like receiving an email, but now with value added and without a profiting bank in the middle.

To unite investors and farmers

Everybody on the globe can participate, even with only a smartphone and a few cents to invest.

A Crypto backed by fertile farmland. Not created out of thin air.

We the People can finally exercise true financial power and shape a sustainable future.

Our good friend Reja made this picture, of her daughter Mila in the hands of her friend Alyssa from Bali. We dedicate this work to them as representatives of the future generations

The world of bitcoin, cryptos … now backed by fertile farmland

Cryptos put to work for the good cause - like Carbon sequestering

Without interference of financial institutions there is room for ethics.
Even if many investors would be only ‘in it for the money’, their investment would still be working for the good causes: Carbon sequestering, restoring nature. Our checks and balances are: Strict land use rules, contracts, audits (by the public and the foundation), certification and tracking of the produce, the books openly on the blockchain, webcams, etc.

Permissionless. No expensive middle-men (banks nor governments). From the privacy of your own home.

Tradable 24/7. This goes beyond the reach of a stock exchange.

A startup with ideals usually tries a crowdfunding. Unfortunately these tend to stay small. There is nothing in it for the donors.

As a startup one cannot launch on a normal stock exchange.
For example: To enter the stock exchange in the Netherlands (Euronext), a company has to exist 3 years and own a capital of at least 3 million euros.

And still it would cost a lot to hire experts for the launching (they take a cut of 5 – 10%… we rather plant more trees with that money). Neither would we find a large audience there.

Our ideal is to make a global change and forward ecological farming. So it is only logical to start a crypto.

Read more about our Crypto-token LOT

New to cryptos? Curious?
We can recommend the following intro videos

Billions of people have no documents, no land rights, no acces to credit. Cryptotechnology offers identity and whole banks through their phones. Charles Hoskinson, founder of IOHK (Cardano) Tedx Talk, Dec 4, 2014

To put the phenomenon of cryptos into perspective: a prominent software engineer about the history of money. Andreas Antonopoulos
Sao Paulo, 2016

A lecture by our Dutch friend Jeroen van de Graaf, who teaches cryptography at the University in Belo Horizonte, Brazil (UFMG). 2018 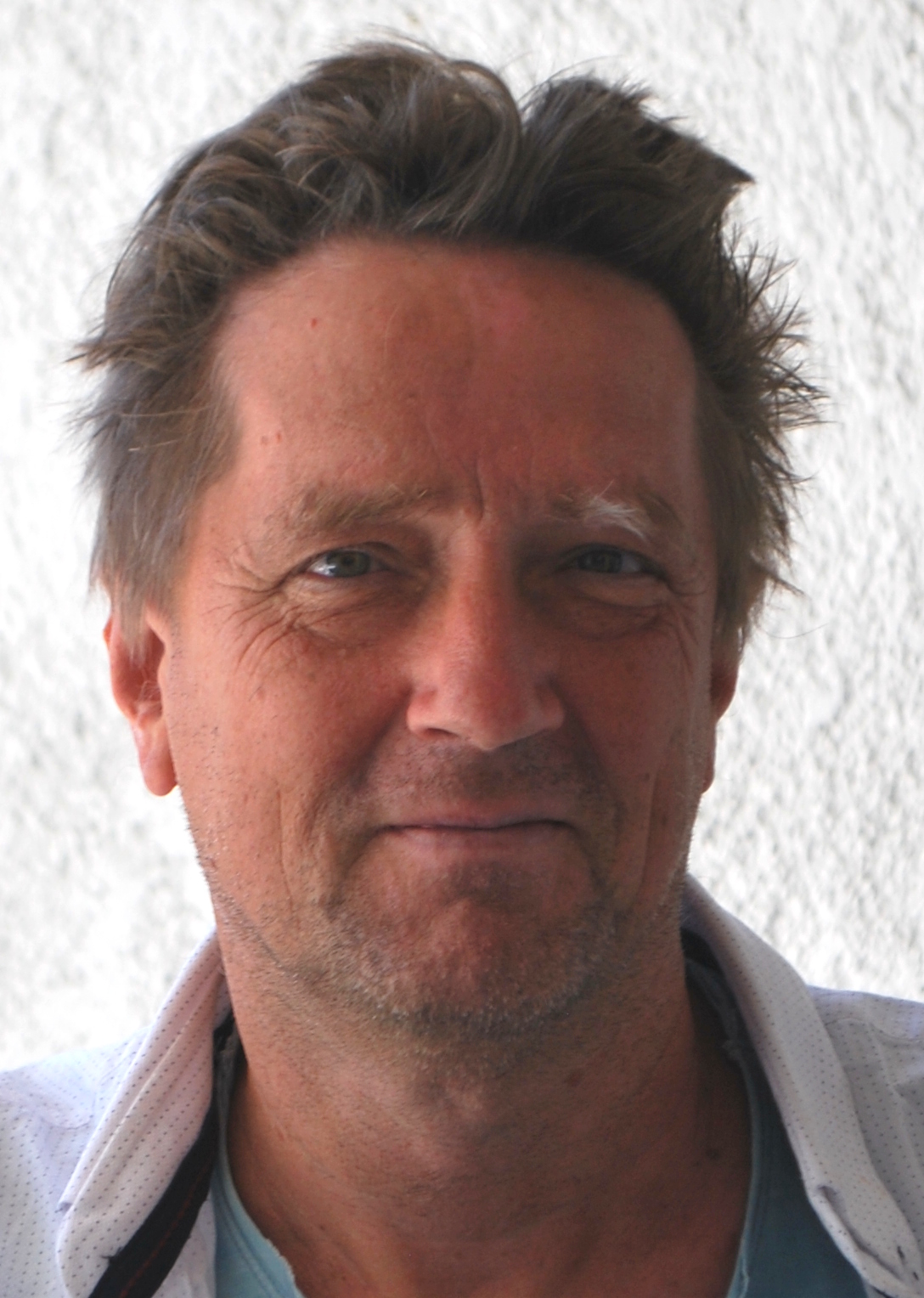 to our video selection

Criticism by the media:

"Crypto-currencies are used for evil, like money-laundering and terrorism!"

Our reply: so is the dollar! and the same was told about internet.

Already for years the blockchain is helping the government to find criminals. Watch the Tedx talk about this fact by Kathryn Haun, San Francisco, Oct 2016

By the way, the anonymity in the crypto-space is very exaggerated. If you ever try to buy some cryptos, you will be surprised how NOT-anonymous it is. The exchanges are very strict in implementing the ‘know your customer’ (KYC) rules. A potential customer has to supply:
1. A recent utility bill to proof where he lives.
2. A fresh statement of the bank of which he sends the money from to buy cryptos with, that he really is their customer.
3. And then he has to take a portret in a very specific way, upholding his passport and a hand-written statement that the money he will send to the exchange is only to trade cryptos.

Every step you take on a blockchain stays there forever. A blockchain is immutable. From every bitcoin in existance you can see the addresses of the former owners. Of course the public addresses are a bunch of numbers and letters, so your name is not written there. But that could be traceable too through your IP-address.

The so called ‘privacy coins’ that hide IP-addresses seem to be an illusion also. Research of Yasha Levine  has shown that for example Tor  was compromised right from its beginnings: the US government paid for its development to be able to build in backdoors. Read the story in his blog. More details in his book: Surveillance Valley, the Secret Military History of the Internet 2018.
Another puzzling statement we found on the website of the Zerocash project: sponsored by DARPA and the Office of Naval Research

"Bitcoin is consuming a lot of electricity!"

Our reply: Banks and data-center aren’t?!
But of course our Crypto-token will use a green blockchain without energy consuming calculations.

We have some options, depending on the network we will enter:
– using the cloud mining service Genesis that only uses electricity generated with vulcanic heat in Iceland.
– Or we’ll use a Proof of Stake ledger like Cardano
– Or a tangle: IOTA
– Or hashgraph, but that is not open source yet.
The last two options runs on computers or machines that are performing other tasks simultaneously.

it is true that mining costs a lot of energy.  But it still is a small % of what the banks all over the world are consuming. Or what all the big data recording centers of the governments are using.
Eventually the miners will look for renewable energy, because that is the only sustainable way, economically as well. So cryptos will be a huge incentive for the development of renewable energy. Example: Genesis-Mining.com in Iceland, founded by German CEO Marco Streng.

"Why do we need cryptos? Are normal dollars, euros, yen, etc. not good enough?"

Our reply: currencies are only based on debt, not on something tangible like gold. Therefore they are heavily manipulated on financial markets (usually inflated), to the disadvantage of people and planet (diminishing purchasing power).

It is a general misconception that money which banks are lending out, are the savings that people entrust them with.  This is only the case in 10%. They actually are allowed to lend 10 times more the amount than you deposited. So they can simply add a zero in their books. Also, when you take a mortgage (your promise to pay to the bank), they are allowed to bring 10 x more money in existence.
Banks then are allowed to charge interest on that new ‘money’ that nobody has worked for yet. And they are having a field day with all the ‘financial instruments’/ derivatives they fantasize into existence.

This weird circus renders our savings and pensions very vulnerable.

In a savings account your money diminishes in purchasing power. In some countries the bank even charges interest for ‘taking care’ of your money (negative interest rates). Every year life gets more expensive. Your hard earned money loses its value. Your children will have to start all over again in gathering capital for retirement.

How come?
Since there is no backing of currencies with – for example – gold or land, the value can be manipulated downwards. This is done on purpose:

First, government and central banks prefer that the currency becomes cheaper, so that National products are attractive for export. To keep producers happy (thus paying taxes).

Second, when there is inflation, the state debt diminishes gradually. Because the government eventually receives more tax dollars from you (in absolute numbers) to pay the cheaper older bills with.

This state debt is owned by the market, which consists mostly of financial institutions (banks, hedge funds, pension funds) and foreign governments (who accept debt-papers – IOU’s – as “payment” for their export products).  Banks like the Federal ‘Reserve’ (The Fed in the US) simply pull ‘money’ out of thin air to lend it to the government. The European Central Bank does the same.

All these ‘fiat’ currencies are finally only backed by the promise of the government to pay back the debts to the market. … Of course with the taxes you and your children will pay.

Furthermore, governments will always expand the debt to avoid a recession. When the ‘fiat’ (trust) in a government falls apart (or is manipulated to fall apart, through trade wars and currency wars…), whole populations can lose their savings and livelihoods in a heartbeat. Think of Venezuela, Argentina, Zimbabwe and classic: the Weimar Republic in the 1920’s.

Conclusion: the whole system is based on air, promises, trust and the (future) work of the population.
Somehow it makes sense to convert some of your hard earned savings to physical assets like precious metals and land, especially productive agricultural land (no financial advise).

And it makes sense to use, whenever possible, decentralized value transfer technology (cryptos). This provides an opportunity to bypass the banks and big investors who favor and stimulate business-as-usual and their own bonuses. And we all know that business-as-usual causes the destruction of our planet and suffering of many people.

Want to dive more into this ‘money as debt’ problem? Start to read a serious economist like Michael Hudson. Suggestion: see an interview with him on episode 1278 of the  Keiser Report September 11, 2018 (from 12 min onwards). Slogan at the end became “What would Jesus do?”

Read more about our Crypto-token LOT

Let’s Do Something Better Together